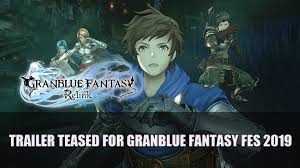 Granblue Fantasy Relink Archives CPY is a classic beat developed by Arc System Works and released on PlayStation, under the direction of Cygames. Designed to appeal to beginners and veterans alike, true to one of Japan’s most beloved RPGs, their characters, artworks, and stories in classical designs, one of the world’s largest combat game developers. With characters such as Gran, Katalina, and Lancelot, the game is a must-have for existing fans and offers Western players a new way of experiencing the series for the first time. The release date was from the Granblue Fantasy Relink segment. Director Tetsuya Fukuhara explained that there is platform-wide multiplayer online. He also admitted that fans who are waiting for the game are the Granblue Fantasy Relink patch, worried. As such, he explained the whole development of the game.